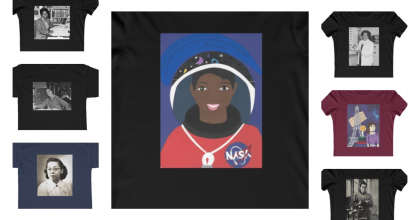 Through her precise astronomical observations and calculations, Caroline Herschel helped expand our understanding not only of the solar system, but of the whole universe. So… Read More »Caroline Herschel Tee Shirt

A plague doctor was a physician who treated victims of the bubonic plague. They wore some of the creepiest outfits of all time.

The Avro Arrow CF-105 was a delta-winged interceptor aircraft designed and built in Canada in the 1950s.

Samurai were the hereditary nobility of medieval and early-modern Japan from the 12th century to the 1870s when they were abolished. They held very high prestige and enjoyed many privileges such as being permitted to wear two swords. This tee shirt is special because it shows a fully armoured samurai in full armour just before samurai were abolished. The end of an era.

I am very excited to announce the official launch of GeekyTeeShirt.Com. We are an ecommerce store tailored to geeks looking for great tee shirts which… Read More »GeekyTeeShirt.Com Launch!